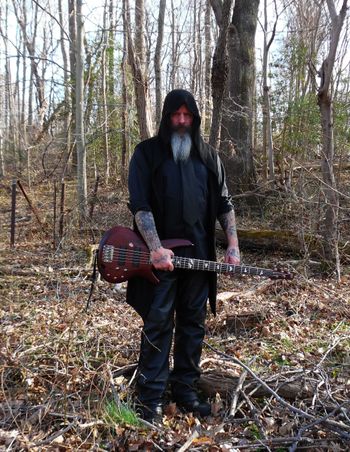 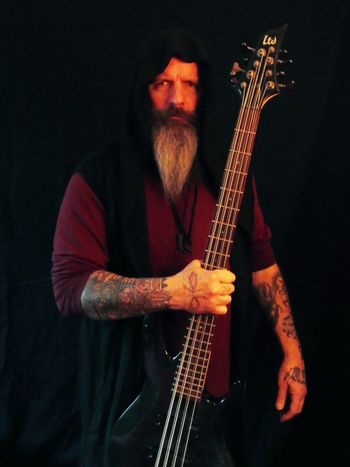 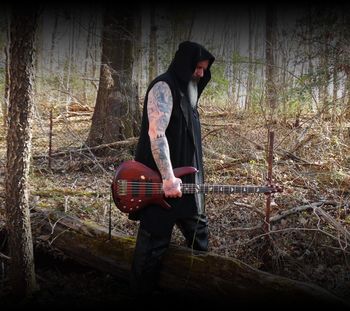 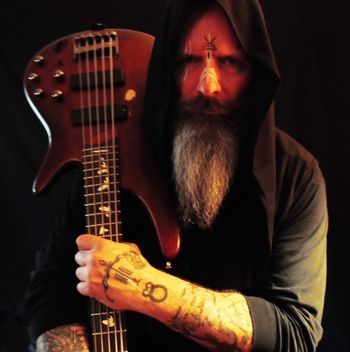 Joseph has been playing bass for over 40 years and establishes himself as a diverse and solid bassist. With so many other talented bass players in the world with speed and new technical styles, he sees himself more of a laid back traditional bassist. His style of playing is more of a smooth romantic style but at the same time, hitting notes that will crack your ribs.

Playing in metal bands throughout the 80's and 90's, Joseph's taste in music started changing in the late 90's early 00's.  He has lived, recorded, performed, traveled, and toured all over the country. Having appeared on several albums from metal to classical and many genres in between. His style of writing has been and is a mix of jazz, new age, world, metal, alternative, rock, dark gothic rock, and classical all blended together. He plays other instruments as well, such as piano, acoustic/electric guitar, traditional cedar flute, traditional hand drum, and Doumbek but only while recording his music. His first true love is his bass and he will always be a bass player.

Joseph is a storyteller and while writing and recording his debut album in 2017,  "The Warmth Of Love & Bass", that is based on a true story, he was involved in a project with play writer, director, and International pianist and singer Mecca Burns to collaborate with her on the soundtrack for the upcoming Shakespeare play "Merchant Of Venice" that debuted in late October 2017.  He went on to record his second album "The Beautiful Darkness Of A Midnight Snow - (A Winter's Tale). A dark story about the Winter Solstice that was released in 2018.

Along with Joseph's deep passion for playing his bass, creating and recording his music and performing live,  he loves dark and mysterious things, finding open portals to other realms, Goddesses, witches, shieldmaidens, castles, and haunting music that makes you cry. Autumn is his favorite time and October is his favorite color. Joseph is a diehard romantic and loves everything about romance from a time long ago. I time and place where love and romance were real and true. These are things that help him create and write his music.

As he mentions in his full bio, after a very long 3-year search for his music duo partner, Joseph finally found Marysa.  An extremely gifted and talented singer/songwriter with deep and powerful vocals. Her range goes from many levels of rock to a dark operatic/theatrical style all combined. They both have the same taste in music, many of the same ideas and visions, and The Hidden Realm® was born.